CHAPTER 62: The Priests of the Monastery

If the abbot decides that the monastery needs a priest or deacon, let him select from among his monks one who is worthy to discharge that office. But let the one who has been ordained be on his guard against arrogance and pride, and he should only do what is commanded him by the abbot, knowing that he is now all the more subject to the discipline of the Rule; and—especially because he is a priest—let him not forget the obedience and discipline of the Rule, but advance more and more in godliness. 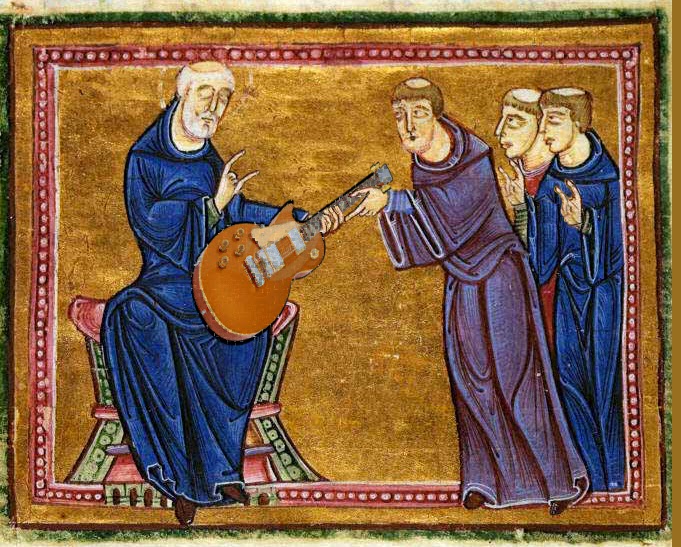 Here again, Saint Benedict addresses the delicate issue of how priests are to be regarded in the community.  This time, however, his worry is that they will feel exempt from the monastic discipline.  The priest, by his nature, is called to lead the faithful in worship, but a monastic community can have only one leader, and therefore the monk priest should lead by example only.   He should be more submissive, more docile and more obedient precisely because others will look up to him.
Of course, everyone owes obedience to someone, from pauper to president to pope.  We’ve all got bosses and we all have people that we get to boss around.  And every one of us, by virtue of his baptism, is a priest, a prophet, and a king.  But that makes us servants, not judges.  Jesus told his disciples to serve one another.  He also told them to be more observant than the Pharisees, and the Pharisees were pretty big on following the rules.
As adolescents, we tend to think that “freedom” means being able to do whatever we like—that once we become adults, we no longer have to obey anyone.  “It’s a free country,” we say to ourselves.  “From now on, no one’s going to tell me what to do.”  Of course, that’s totally wrong. Just ask a recovering drug addict, and he’ll tell you there are some things that make you less free when you do them.  In fact, there are many things (like shooting heroin) that we should never be free to do precisely because they take away our freedom.
So what distinguishes the obedience of an adult from the obedience of a child?  It is just exactly this:  that the adult doesn’t need to be forced.  He doesn’t need to be punished.  In fact, the adult anticipates the desire and obeys even before he is asked.  True maturity demands an even higher level of obedience—an obedience so complete that it anticipates the law and goes beyond it.  Imagine a school where the students tried to guess what their teachers wanted, and then did it even before they were asked.  Imagine a school where each student was determined to outdo the other in kindness.  St. Benedict envisions such a school in his Rule for monks.  He calls it “A School for the Lord’s Service.
Posted by Fr J Augustine Wetta, OSB at 5:50 AM