The abbot's should always eat with the guests. When, however, there are no guests, he should feel free to invite any of the brethren he desires. However, he should make sure that one or two of the seniors always remain with the brethren for the sake of discipline.

This chapter might strike the reader as a little unfair.  The abbot gets to hang out with the guests while everyone else is ‘disciplined’ by a senior monk.  In fact, the abbot may be getting the raw end of the deal.  It may look like fun to wear fancy duds and boss people around, but the abbot has to do all the things that his monks manage to avoid—like paying bills, going to meetings, overseeing the facilities, asking for donations, and, yes, talking with visitors.  His job is to be a sort of buffer between his monks and the outside world.
So there’s a parallel here with the life of a teenager.  You’re essentially an adult, and yet your parents get to do all sorts of things that they probably won’t let you do: buy a car, drink beer, stay out past midnight, go to unchaperoned parties...yet they also have to pay taxes, go grocery shopping, work from nine to five…  Their freedom comes at a price.  Were you to swap places with your parents for a day or two (and more than a few movies have been made about this) I think you’d find that being a parent is less fun than it looks. 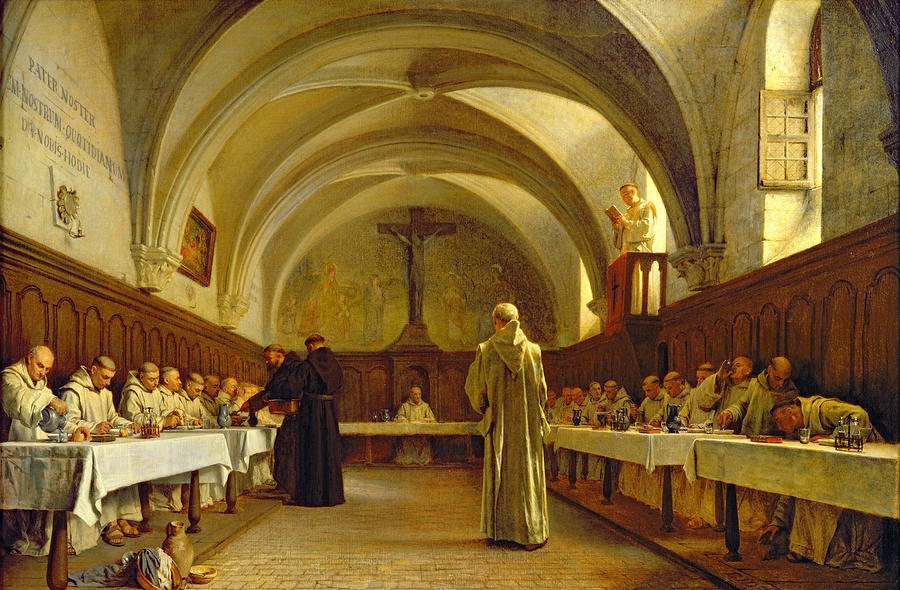 The abbot, therefore, worries about material things so that his monks can focus on their prayers.  He pays the bills and imposes discipline so that his monks won’t have to use up their time making those kinds of decisions.  When someone invites me out to dinner, I just say, “The abbot won’t let me.”  And when someone asks me to say a funeral or go out to lunch or referee a rugby game, I say, “Let me ask the abbot.”  And if I don’t want to do one of these things, I ask the abbot to say “No.”  Similarly, when someone asks you to stay out past midnight, you can just say, “I have a curfew.”  And when they want you to have a beer at a party, you can just say, “My parents will know that I’ve been drinking.”
When you think about it in these terms, “discipline” is actually something that gives you freedom.  G.K. Chesterton used an interesting metaphor for this: he imagined a group of kids playing soccer next to a cliff.  The game is really boring, and the players are really timid because they’re all afraid of falling off the edge of the field.  No one will take the corner kicks, and every time the ball strays to the left, the game has to stop.  Then someone comes along and builds a big sturdy fence, and all of a sudden the kids can enjoy themselves.
Sure, some rules can be oppressive, but a good rule—like a true doctrine or that big, sturdy fence—actually frees you to do be yourself.  That’s how the psalmist can sing, “Your Law to me, O Lord, is sweeter than honey in the mouth” (Ps 119:103).
Posted by Fr J Augustine Wetta, OSB at 12:58 PM