CHAPTER 46: Those Who Fail in Other Matters

If anyone makes a mistake while he is engaged in any work—in the kitchen, in the cellar, in serving, in the bakery, in the garden…or if he breaks something or loses something or behaves badly in some other way and does not come immediately before the abbot and the community to confess his offense, but it becomes known through another, let him be subject to a greater correction.  If, however, the cause of the offense is private, let him tell it to the abbot alone, or to his spiritual superiors, who know how to heal their own wounds, and not expose and make public those of others.

Big sin or a little sin, the important thing is that you come right out and talk about it.  “Confess your sins to one another and pray for one another, that you may be healed,” writes Saint James, “because the fervent prayer of a righteous person is very powerful” (Jas 5:16).  After all, there’s nothing worse for a wound than to cover it up and let it fester in secret.  “Sunlight” wrote Louis Brandise, “is the best disinfectant” (Other People's Money, Ch 5).
In my monastery, we all do our own laundry, and we share a laundry room.  We have an iron that everyone uses.  Of course, we are always breaking it and buying replacements.  But this one time, I picked it up to use it, and the thing literally fell to pieces in my hands.  The handle fell off, the wires fell out, the water in the steam compartment poured out on the floor…  Apparently, the last monk to use it had broken it, but instead of owning up, he had pieced the darn iron back together and left it balanced on the ironing board for the next person to break.  I spent the rest of the day angry.[1] 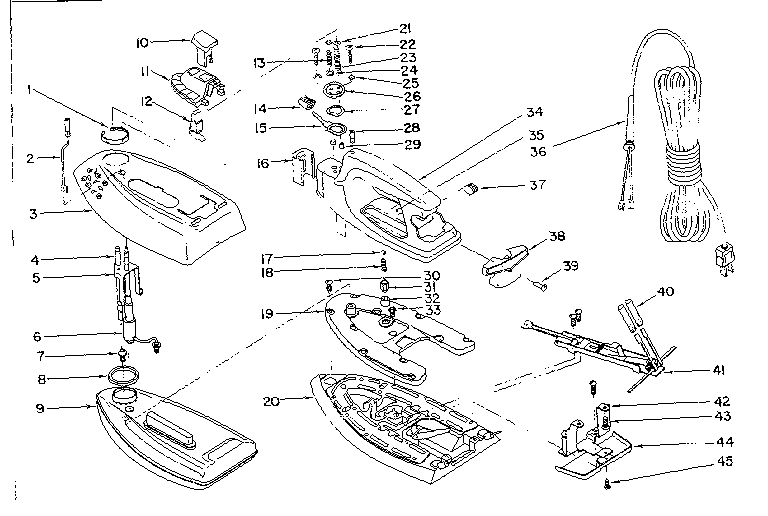 Whether it’s a broken iron or a broken promise, all sin has an effect on the broader community—even private sin, because, as they say, “no man is an island.”  The whole world shifts slightly closer to the void every time we act contrary to God’s will.  Our actions have real consequences.  Different religions call this by different names: “karma,” “Tao,” “the law of consequences”…  Even science has a name for it: Newton’s Third Law: “For every action, there is an equal and opposite reaction.”  So instead of letting the world fall to pieces, set it right again by repenting of  your sins.  After all, much more is on the line than your own soul.


[1] Turns out, the culprit was one of the old monks.  He had spent all day piecing the iron back together with what he thought was super glue.  In fact, he was using eye drops…