CHAPTER 42: That No One Should Speak After Compline 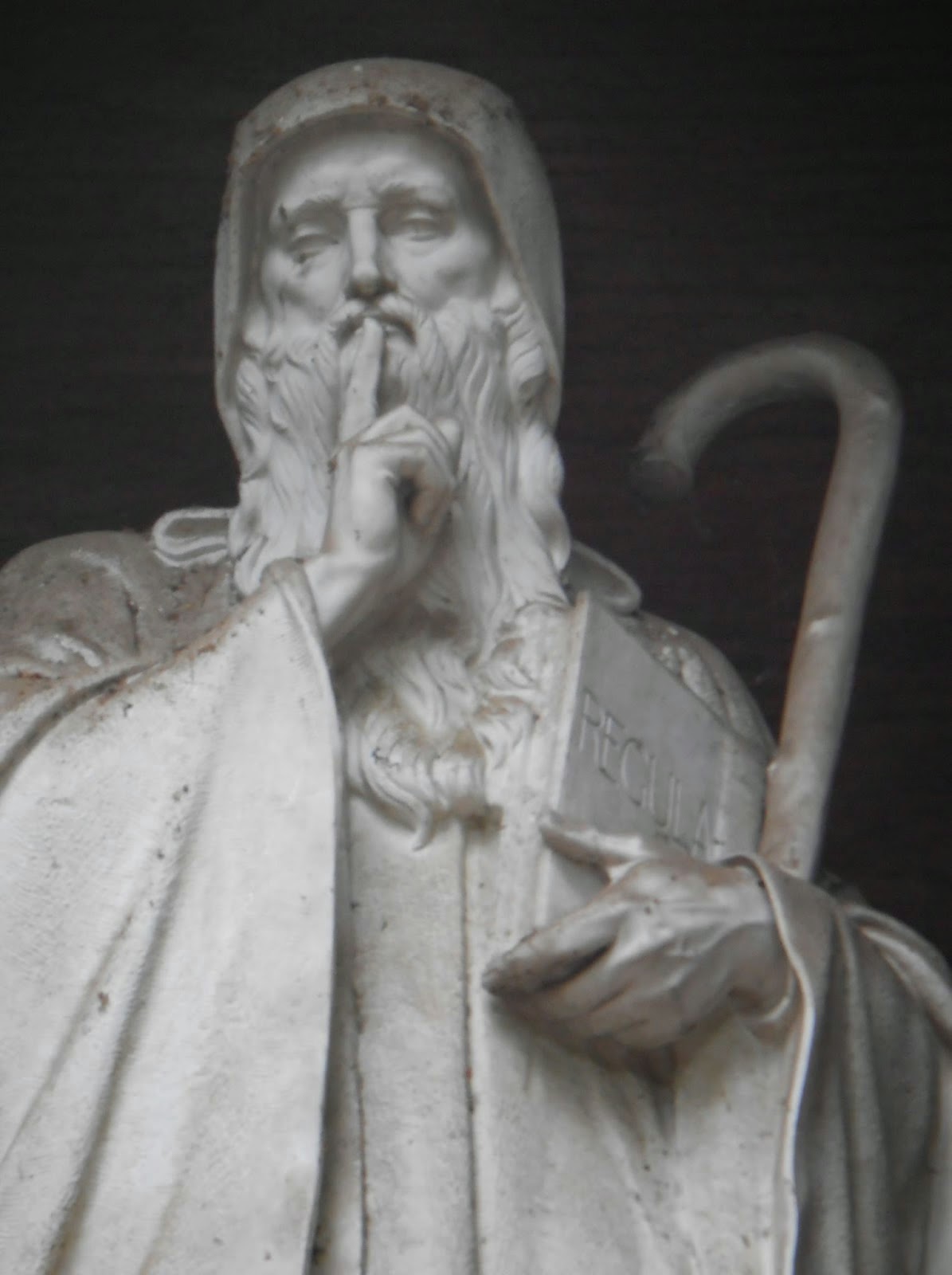 Monks should always be predisposed to silence, but especially at night.  Therefore as soon as they have risen from their evening meal, let all the monks sit together in one place, and let someone read the Conferences or the Lives of the Saints, or some other book that will benefit the hearers; but avoid the Heptateuch and the Book of the Kings, because weak minds are likely to take it the wrong way; these books should be read at other times.  All, therefore, having assembled in one place, let them say Compline, and after leaving Compline, let no one say anything.  And if someone breaks this rule, let him undergo heavy punishment, that is, unless the guests should need something, or the abbot commands it. But let even this be done with the utmost seriousness and self-restraint.


The night can be a time of great peace.  But for many of us, it can also be a time of great temptation or of anxious insomnia, when our deeper worries begin to resurface along with our lusts and our angers and those frightful ideas we thought we could avoid during the day.  They tend to catch up with us at night, which is all the more reason to fill our minds with godly things so that God Himself can absorb these thoughts.


Saint Benedict reminds us in this chapter that silence is the default attitude of the monk.  In particular, he refers to the Solumn Silencium that monks should observe at night.  That this should be a silence of both body and mind is evidenced by his insistence that certain books of the bible (namely those with battles or violence or troubling scenes in them) should not be read lest they disturb the brethren.  Sleep therapists make similar recommendations: don’t play video-games before going to bed; don’t check your email; don’t watch television, don’t read thrillers…  These activities raise our pulse and provoke our imaginations at just that time when we should be calming down.  So if ever there was a time for silence, the night is it.  After all, silence is the sleep of the soul.


Here’s an experiment you can try: Instead of playing a video game before you go to bed—or instead of watching television—set your iPod to some Gregorian Chant.  Then stay absolutely silent until you’re asleep.  I’m not saying you have to do this every night.  Just try it once or twice and see what happens.


There’s a beautiful quote from Dom L’Huillier, a French monk of Solesmes Abbey that I learned early in my novitiate.  Sometimes I recite it before I go to sleep at night.  “Love the night silence, which guards the hour when all this world’s business has stopped and the soul is no longer accountable except to God.”