CHAPTER 34: How Each Monk Should Be Treated 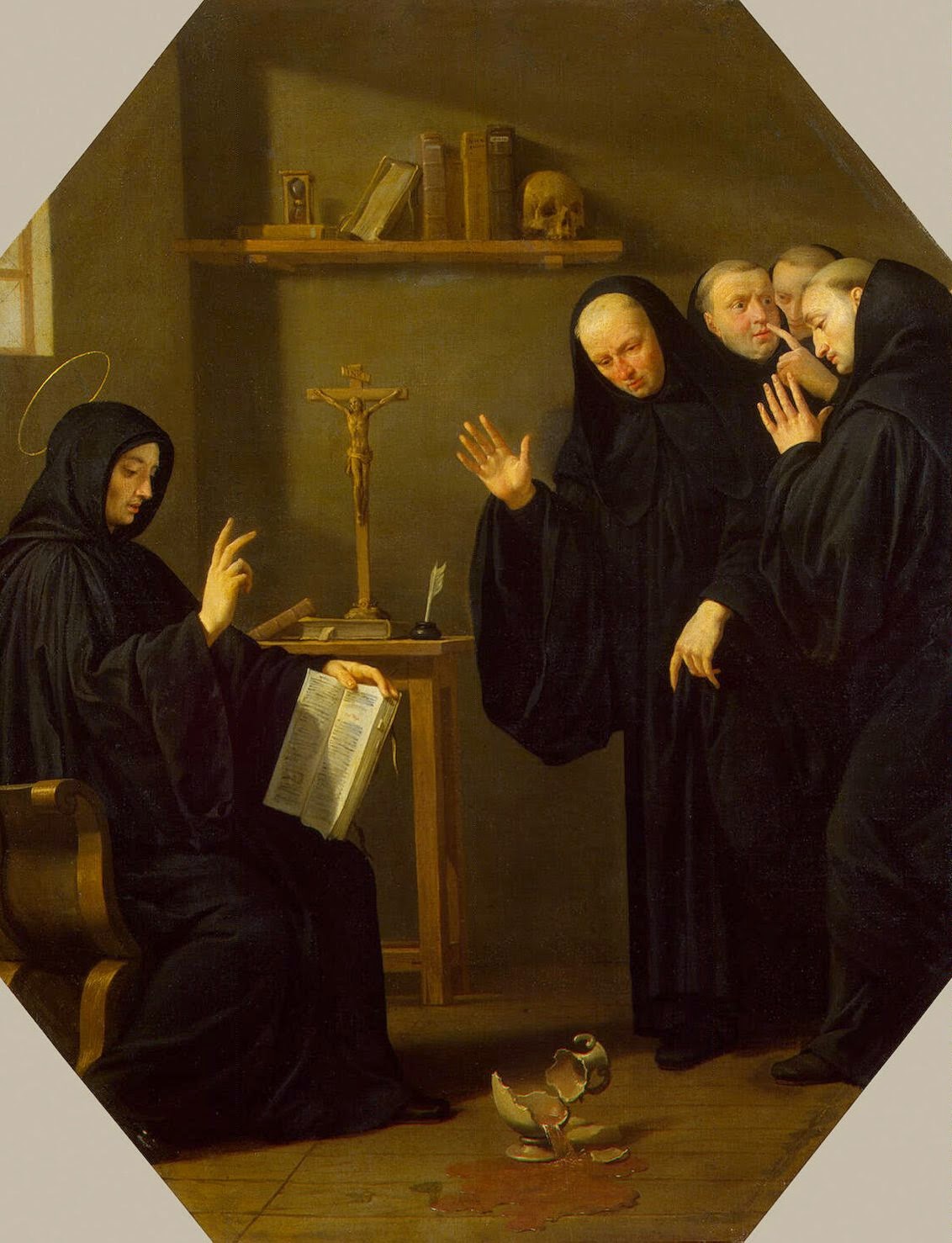 It is written in the book of Acts, "Each person was given as much as he needed”(Acts 2:45). This is not to say that the abbot should play favorites (God forbid), but that all decisions should take into account human weakness.  The one who needs less should thank God and not be upset, and the one who needs more should be humble, and not pleased with himself because of the sympathy shown to him.  Thus all the members of the community will be at peace.

Should everyone be treated equally?  Saint Benedict’s answer, surprisingly, is no.  His monks should be treated fairly, but they shouldn’t all be treated the same.  This strikes the modern ear—and in particular, the American ear—as rather unfair.  And it sounds all the more peculiar when you stop to consider how much effort monks spend trying to downplay their individuality.  We change our names, wear clothes that make us all look alike, we eat the same food and say the same prayers...  When our hands are folded and our hoods are up, you literally can’t tell who’s who.  Our whole life’s work is, in the words of John the Baptist, to “decrease so that He [Jesus] may increase” (John:3.30)


But the bottom line is that the monastery is a family, not an army.  And while every member of this family is equal in dignity, we are not all equal in authority.  Nor are we equal in the gifts we’ve received from God.  Some monks are stronger than others, or smarter, or cleverer or bigger or wiser or holier.  And the stronger brothers often have to take up the slack for the weaker ones.  But consider Jesus’ warning, “For he to whom much has been given, much will be expected” (Luke 12:48).  Everyone has their gifts, and if you have more, don’t be surprised or resentful when you are asked to do more work.


Above all, let not the evil of grumbling appear in the least word or sign for any reason whatever. If anyone be found guilty of grumbling, let him be severely disciplined.


There’s Benedict going on about grumbling again…this is the fourth time it has come up.  This time, however, let’s have a look at what some others have to say about it.


John Chrysostom: “It is better to do nothing than to do it with grumbling, because when you grumble, even the very thing itself is ruined…For grumbling is intolerable, most intolerable; in fact, it borders on blasphemy because the grumbler is ungrateful to God.” (Homily 8)


Saint Augustine: “Just as vinegar eats away at the vessel that holds it, so resentment corrodes the heart if it is left there overnight. (Letter to Mother Felicitas)

C.S. Lewis: “Hell begins with a grumbling mood...but you are still distinct from it.  You may even criticize it in yourself and wish you could stop it. But there may come a day when you can no longer. Then there will be no you left to criticize the mood or even to enjoy it, but just the grumble itself, going on forever like a machine. It is not a question of God "sending us" to hell. In each of us there is something growing, which will BE hell unless it is nipped in the bud ” (God in the Dock, p. 155).

St. John of the Cross: “Whenever anything disagreeable or displeasing happens to you, remember Christ crucified and be silent.”
Posted by Fr J Augustine Wetta, OSB at 3:58 PM