Yes, I will take the vaccine because...

I've received a lot of questions about this, so here's my take: 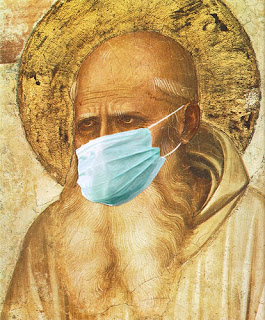 I’m no moral theologian…though I play one in the classroom.  I’m also not a doctor.  But I am most definitely a Catholic.  So…while I expect vigorous debate among theologians, authorities and scientists, when it comes to issues like vaccination, I rely primarily on 1. Obedience and 2. Scientific consensus. Bearing that in mind:

1.  If it is immoral to take this vaccine, then it’s on the bishops.  They will be accountable to God.  But the vast, vast, vast majority of them agree that it is okay to take this vaccine.  So I’ll take it.  You really can’t be more Catholic than the combined offices of the Catholic bishops plus the pope.  If you pretend to be, then I think you need to question whether you are truly Catholic.  (I’m saying “you” in general).

2. I strongly suspect it is more dangerous to avoid taking this vaccine.  The vast, vast, vast majority of scientist believe it’s safer to take it than not to take it.  So I’ll take it.  Because I’m not a better scientist than the combined resources of the Mayo Clinic, Johns-Hopkins, the FDA, and virtually every government health organization in the world.

For me, therefore, it boils down to humility.  I’m not smarter and wiser than all those folks combined.  Granted, they may still be wrong.  The argument from authority is not proof.  But it carries a lot of weight in my book.[1]