CHAPTER 37: The Very Old and the Very Young

Although human nature is of itself drawn to feel compassion for the elderly and children, still, let the decree of the Rule make provision also for them. We should take into account their natural weakness and let the full strictness of the Rule not be kept in respect to food, but let there be a tender regard for them, and let them eat before regular hours. 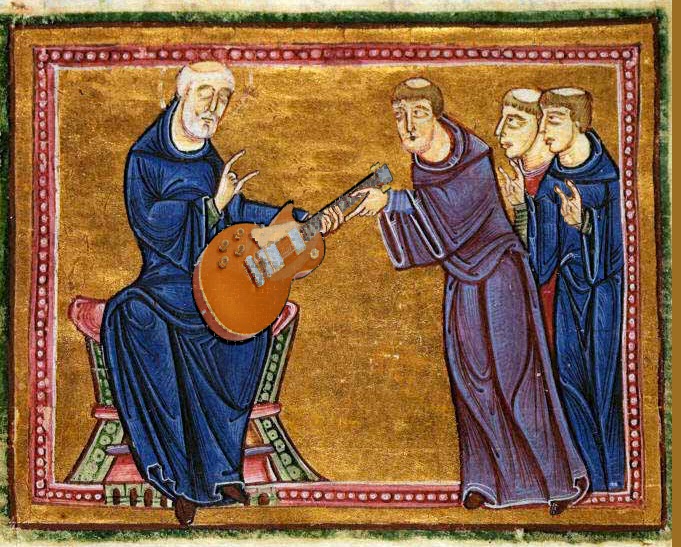 One of the really formative experiences of my life came to me during my freshman year of college when I signed up for a class called “Feminist Literature.” I figured I it was a good way to get some introductory English credits and meet chicks at the same time.  It wasn’t.  But I did learn a lot about Literature and a lot about feminism, partly because when I realized I wasn’t going to hit it off with most of my classmates, I decided to get my kicks by sitting in the front row and taunting the professor.
In spite of this, Doctor Brown and I actually got along pretty well.  But the real turning point came one sweltering spring afternoon when the air conditioner gave out and Professor Brown asked me to open the window.  In a lecture hall full of women, she asked me, the only man, to open the windows.  I could see she was setting me up, so I made a big show of it.  I stretched out my shoulders, worked the cricks out of my neck, and right as I passed by I said, “Why don’t you let the man take care of this.”
A deep hush settled over the lecture hall, and Professor Brown put her hand on my shoulder and she said, “No, why don’t we let the stronger of us take care of this.  Incidentally, that happens to be you.”  Not surprisingly, when class ended, she asked me to stay behind.  I said, “So I guess when the going gets tough, all that feminism goes out the window…literally.”  (I’d been rehearsing it all class.)
And she answered, “No.  As a matter of fact, feminism and chivalry are two sides of the same coin.  These conventions exist so that men will know their place.  You hold the door open, you throw your coat over the puddle or help me with my coat precisely because you are physically stronger.  And chivalry is one way that we as human beings create a society where the weak and the strong coexist in harmony.  Where it isn’t just every man for himself.”
So I said, “But I thought we were equal.”
To which she answered, “Equal in dignity; but not equal in ability.  I’m smarter than you are.  You’re stronger than I am.  Therefore I condescend to teach you, and you condescend to open the window for me.  This is how we build a society where diversity of persons is respected and the strong do not exploit the weak.”
In a monastery, just like in any truly civilized community, the strong look out for the weak.  But here’s the catch: the monastery isn’t just any community, it’s a spiritual community; and if we are to take Jesus at his word, then the weak and the poor have a spiritual advantage over the rest of us.  We protect and care for them because ironically, they are the most powerful men in the monastery.
Posted by Fr J Augustine Wetta, OSB at 4:51 AM